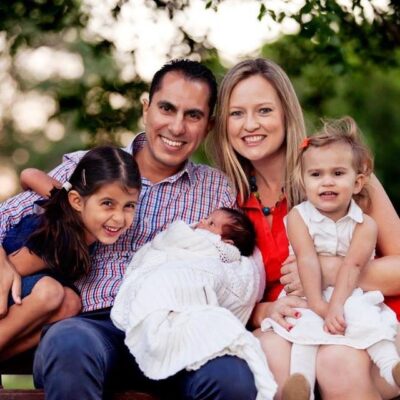 Rohan is passionate about pastoral ministry because he gets the amazing privilege of helping people come to know Jesus and connect what they believe about Him with the details of their lives. He first trusted in Jesus at a young age, but it was at university where Rohan really came to grasp the freedom that comes from having a secure identity in Christ, and was challenged to live wholeheartedly for Him.

Rohan is married to Heather and they have  young daughters, Jasmine and Matilda, and baby Lydia. He worked as a corporate lawyer for a few years, before heading to Sydney Missionary & Bible College in 2011, where he completed a Master of Divinity in preparation for ministry.

Having previously spent all their lives in Sydney, the Pieris’ made the move to Brisbane in January 2015. They love the warmer weather this side of the Tweed, but we’re yet to convince them to cheer for Queensland in the Origin! In his spare time, you’ll find Rohan running and cycling around the streets of Graceville, watching cricket or West Wing, or sampling local culinary delights with Heather. 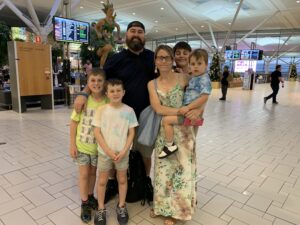 student placement as a part of his training for the ministry in the Presbyterian Church. He loves Jesus and is always excited to talk about Him. He is studying at QTC and is enjoying the privilege and challenge of studying God’s word. Pray that as he moves through his studies that God will master him with his word. Troy is married to Angie and together they have  four boys; Jack, Levi, Noah and Seth. The Wilkins 6 have a massive heart for pastoral care and discipleship and are energised by walking with people through the everyday by “doing life” with them. The Wilkins 6 spent the last 6 years living, fellowshipping and working in Ipswich, and up until 2016 Troy and Angie owned and operated a landscaping business before making the move into full time ministry and study. A good time for the Wilkins 6 usually revolves around water, whether it’s fishing, tubing, swimming or just relaxing at the beach, that’s where we’ll be when time permits.